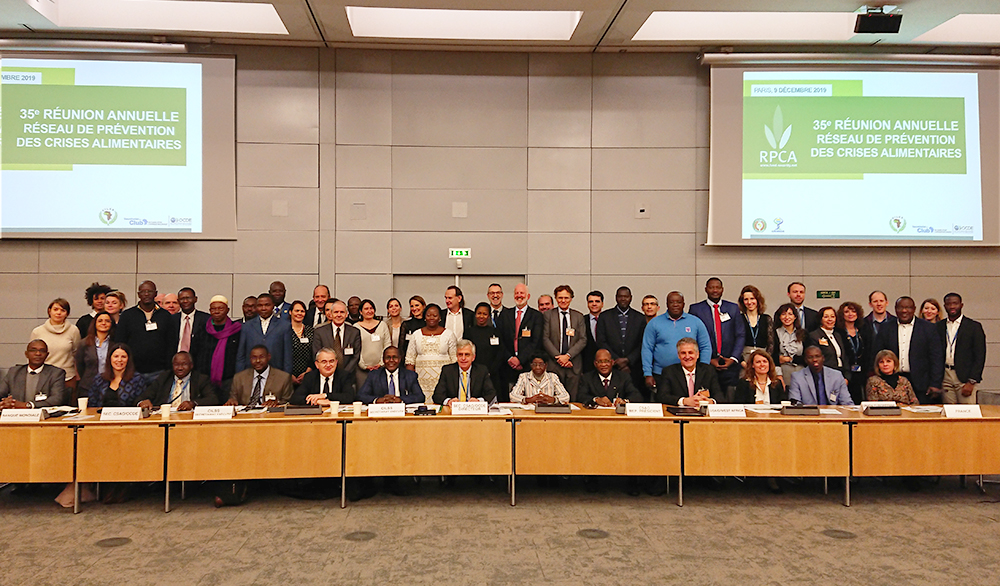 At the 35th annual meeting of the Food Crisis Prevention Network (RPCA), Members focused exclusively on the agricultural, food and nutrition situation. The meeting took place in a unique and challenging context as the security crisis continues to compound food and nutrition vulnerabilities. RPCA members sounded the alarm over the critical food and nutrition situation in the Sahel and West Africa. Conflict and insecurity have escalated to unprecedented levels in parts of the Sahel. The number of food insecure people has more than doubled since 2018. Members recognised that addressing food insecurity and malnutrition in conflict-affected settings cannot be “business as usual”. They highlighted the need for humanitarian assistance, long-term development and peacebuilding activities to be aligned, highlighting the fact that this requires strong political commitment, innovative policies, tools and instruments, as well as stronger links between humanitarian and development actors. The RPCA messages have been widely echoed in the media. They have been published and translated into French, Spanish, Portuguese, Dutch but also into Bambara, Sonrhai, Peulh and Tamasheq.

Food and nutrition situation in the Sahel and West Africa

The pastoral situation has been marked by significant fodder shortages, particularly in Mauritania and Senegal but also in other parts of the Sahel (Burkina Faso, Chad, Mali and Niger). These fodder shortages, combined with difficulties in accessing some pastures due to the security crisis, have led to a high concentration of livestock in new safe areas, as well as to early transhumance. This situation could contribute to increased conflict between farmers and herders. In light of the critical pastoral situation, the RPCA members recommend that the governments of the affected countries put in place mitigating mechanisms, including making livestock feed supplies available in areas with severe fodder shortages et in areas hosting displaced people. Markets remain generally well supplied with the arrival of new crops. However, they have been seriously disrupted not only by civil unrest and an upsurge in organised crime, but also by Nigeria’s closure of its land borders with Benin and Niger. Cereal and local commodity prices are generally lower than the five-year average, but remain high in The Gambia, Liberia and Sierra Leone due to persistent inflation. The combination of these factors further undermines the livelihoods of vulnerable populations and limits their access to food and basic social services, thereby increasing food and nutrition insecurity. Most Sahelian and West African countries remain dependent on commodity imports, particularly rice and wheat. The volume of imports in 2020 is overall expected to be higher than last year.

Nutrition remains a concern with persistently high rates of acute malnutrition. It exceeds the emergency threshold (15%) in some areas of Chad and Mauritania, and is above the alert threshold (10%) in Mali, Niger and northeastern Nigeria. This situation is exacerbated by the security crisis, which has led to the closure of many health centres and schools in several communities. RPCA members encourage governments and their partners to further commit to implementing the 2018 Banjul Declaration, which urgently called for “taking long-term action to reverse the negative and destructive trends in nutrition.” This presentation takes stock of the implementation of the 2019 response plans in seven Sahelian countries. The completion rate of planned actions is only 40%. The presentation highlights the challenges of domestic resource mobilisation as well as co-ordination challenges.

The RPCA messages have been widely echoed in the media. They have been translated into English, French, Spanish, Portuguese, Dutch but also into Bambara, Sonrhai, Peulh and Tamasheq.

Re-publishing of an article by Agence France-Presse (AFP):