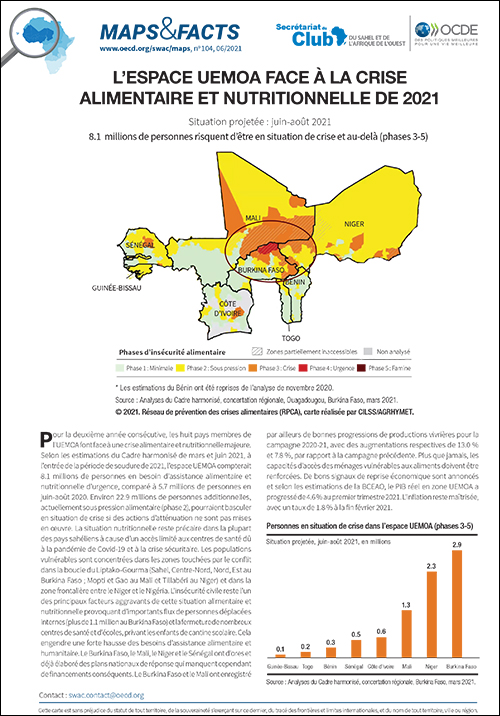 The UEMOA area facing the 2021 food and nutrition crisis

For the second consecutive year, the eight UEMOA Member States are facing a major food and nutrition crisis.  Vulnerable populations are concentrated in conflict‑affected areas in the Liptako‑Gourma area (Sahel, Central North, North and East in Burkina Faso; Gao and Mopti in Mali and Tillabery in Niger) as well as in the border area between Niger and Nigeria. Civil insecurity remains one of the main aggravating factors of this food and nutrition situation, generating large flows of internally displaced persons (more than 1.1 million in Burkina Faso) and causing health centres and schools to close and depriving children of school meals. This has led to a sharp increase in the need for food and humanitarian assistance.