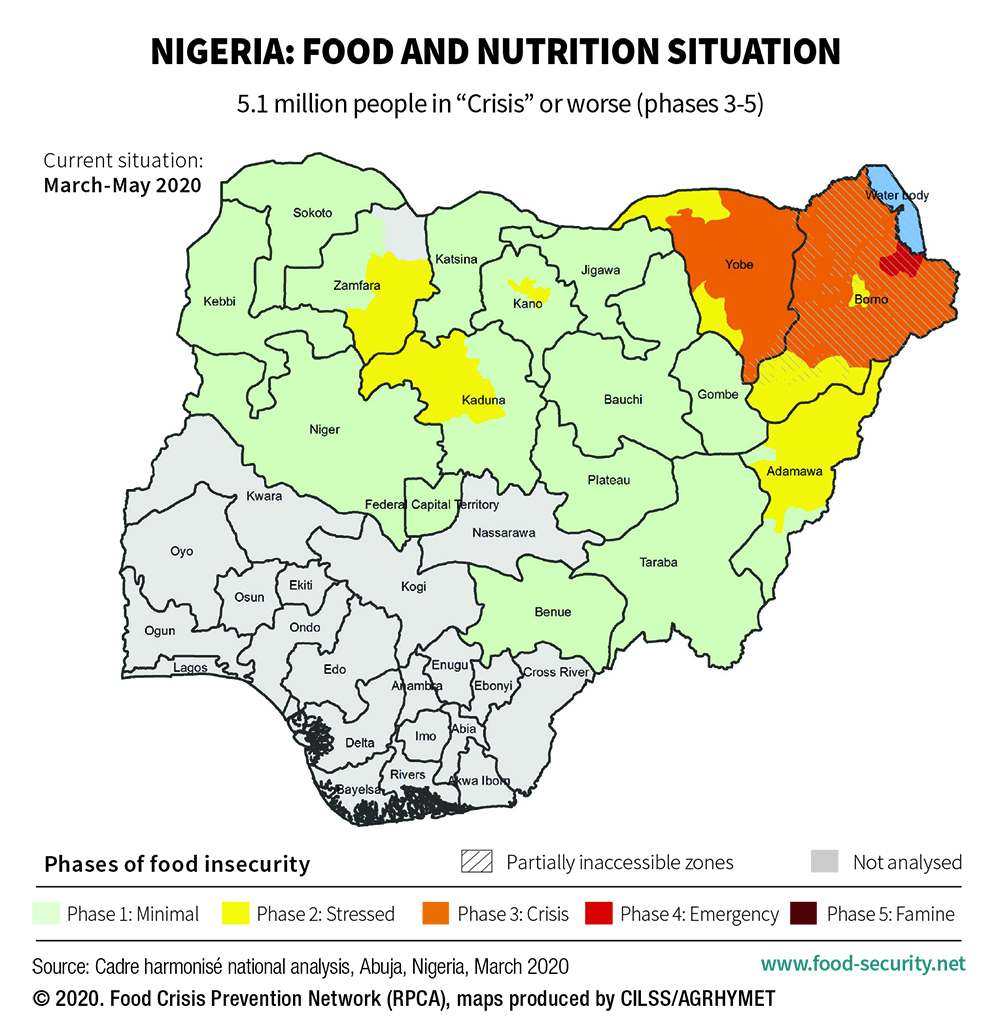 According to the Cadre harmonisé national analysis, validated on 12 March 2020 in Abuja, Nigeria, some 5.1 million people in Nigeria are estimated to be in immediate need of assistance (phases 3-5) in March-May 2020, including 1.4 million in Borno state, 1 million in Yobe state and 0.5 million in Adamawa state. The number of food insecure people increased by 1.1 million people since October-December 2019. This situation is likely to worsen, mainly due to insecurity. By June-August 2020, 7.1 million people are projected to be in a crisis situation or worse. RPCA members recommended formulating targeted response plans for vulnerable populations on the basis of the Cadre harmonisé analysis results. They called for the rapid and co-ordinated deployment of food and humanitarian assistance in areas with limited humanitarian access, including using military operations to opening up access to vulnerable populations. Conducted by CILSS, the Government of Nigeria as well as technical and financial partners, the analysis covered 16 out of 36 federal states and the Federal Capital Territory (FCT): Adamawa, Bauchi, Benue, Borno, Gombe, Jigawa, Kaduna, Kano, Katsina, Kebbi, Niger, Plateau, Sokoto, Taraba, Yobe and Zamfara. 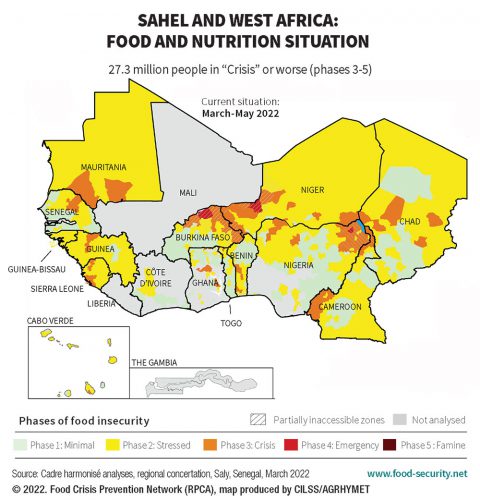 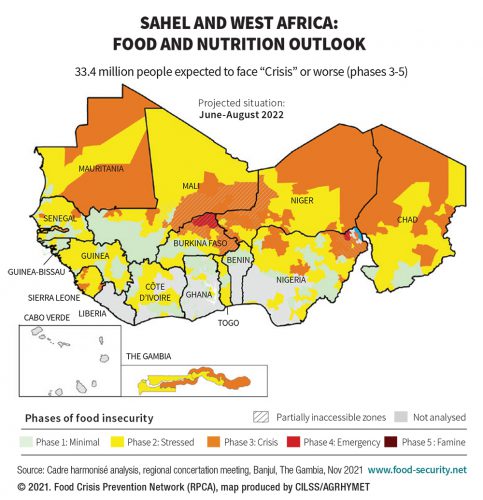 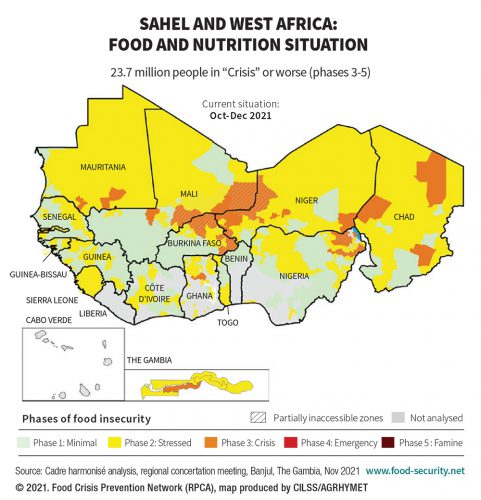 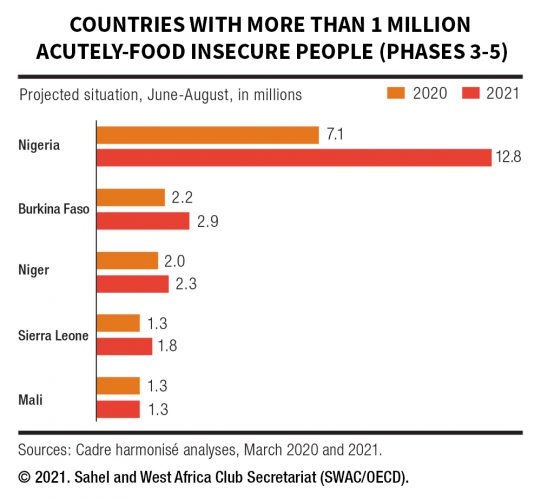 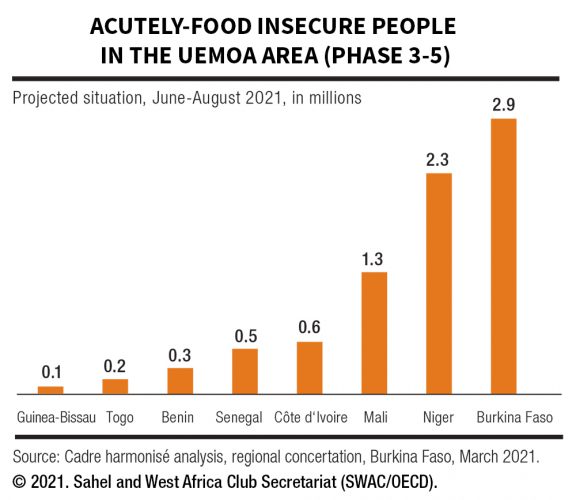